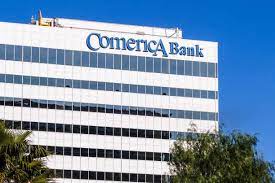 Comerica Bank is the institution at which Woodbridge Group of Companies, LLC and its affiliated debtors in bankruptcy (the “Debtors”) maintained all of their bank accounts,
and these actions arise out of the Debtors’ former banking relationships with Comerica Bank.

The Settlement Agreement resolves two actions. One of the actions, captioned In re Woodbridge Investments Litigation, Case No. 2:18-cv-00103-DMG-MRW (C.D. Cal.), is a
consolidated putative class action in District Court brought on behalf of former noteholders and unitholders of the Debtors (the “California Class Action”).

The California Class Action is comprised of five separate lawsuits filed between January 4, 2018 and April 26, 2018 and, as consolidated, asserted claims for aiding and abetting fraud, aiding and abetting breach of fiduciary duty, negligence, and violations of California’s unfair competition law. The Trust believes that it is the largest member of the putative class in the California Class Action, as holder of approximately 60.9% of all claims against Comerica based on the claims contributed to the Trust by former investors of the Debtors.

The other action resolved by the settlement, captioned Michael I. Goldberg as trustee for the Woodbridge Liquidation Trust v. Comerica Bank, Adv. Pro. No. 20-ap-50452-BLS
(Bankr. D. Del.), is an adversary proceeding pending in the United States Bankruptcy Court for the District of Delaware, in which the Trust has asserted claims against Comerica Bank for
fraudulent transfers under the California Civil Code

Under the Settlement Agreement, Comerica Bank has agreed to pay (including through its insurers) an aggregate of $54.5 million, consisting of $54.2 million to settle the
California Class Action (the “Class Payment”) and $300,000 to settle the Delaware Adversary Action (the “FT Payment”). The Class Payment is intended to provide recoveries to
members of the plaintiff class and to fund, in amounts to be determined by the District Court, the legal fees of plaintiffs’ counsel in the California Class Action, not to exceed 25% of the
California Class Action settlement payment, the costs of administering the settlement, and certain incentive award for the class representatives. Under the Settlement Agreement,
Comerica Bank (and certain related parties) is required to be released from all claims advanced, or that could have been advanced, related to the facts alleged in the California Class Action or the Delaware Adversary Action.